Back Cove, from East End, incliding portion of Portland and Rochester Railroad. 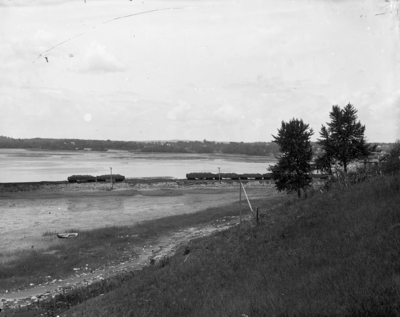 City Of Portland, Maine, Annual Report of the Commissioner of Public Works

View of Back Cove from the East End, looking north. Portland and Rochester Railroad Company tracks at center. The rail line crossed a Back Cove causeway, to its Preble Street Station. the rail line was actively used until 1891 when Preble Station was abandoned. The placement of the coal cars suggests this image was taken after the tracks were in active operation and used as a holding area for the coal shipment.