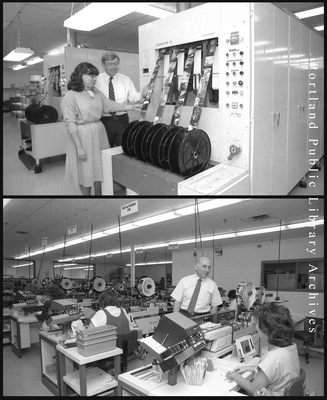 Bicknell's had been based in downtown Portland, with developing labs on Free Street, and a retail store on Congress Street, until 1974, and afterwards moved to Scarborough to continue as an industrial photofinishing company. Bicknell's developed film and printed photos for regional drug stores and various retail outlets. The facility was bought by Konica Photo in 1988, and Konica (later, Konica-Minolta) closed the plant in 2006.

Top photo published in the Evening Express, on 28 July 1984