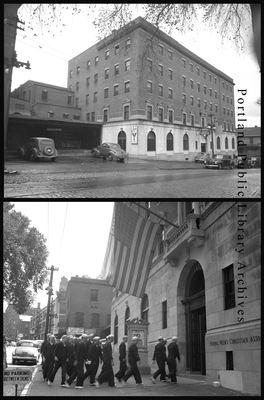 The Forest Avenue location of Portland's Young Men's Christian Association (later known as "The "Y") was built in 1927, as the organization moved from its prior home in the Libby Building.
The five-floor Georgian style building at 70 Forest Avenue was designed by Portland architect John P. Thomas, comprising a gymnasium, a swimming pool, game rooms, lounges, and dormitory rooms. A subsequent major expansion was constructed in 1966.