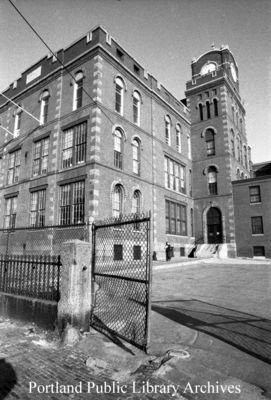 Exterior view of North School, 248-254 Congress Street, from west. At the time of this photograph, North School was slated to close after the 1978-1979 academic year. The building was later converted into apartment housing.
The building was constructed in 1867, in the aftermath of the Portland's Great Fire (1866).

Photo published in the Portland Press Herald, on 17 March 1979