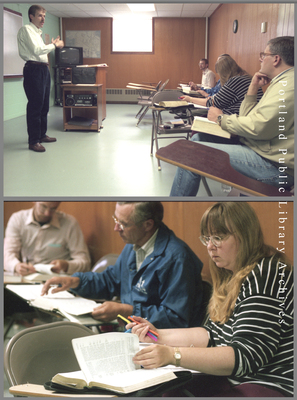 Photos published in the Portland Press Herald, on 2 October 2000

[quoted from the above Press Herald article:
"'The Northeast is a very hard area; its' not too common to see even half of Portland in church on Sunday,' student Josh Otte said. 'It's really a challenge for me in particular; as a student I really believe if the church in Maine is going to be a witness, it starts with the individual.'"