"Soviets Learn of Tie to Russia, at Tate House" 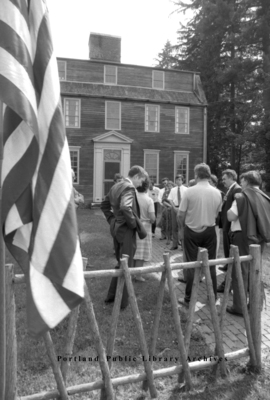 Visitors from Portland's sister city of Archangel in the Soviet Union gather with their hosts on Friday for a brief lecture and a tour of the historic Tate House in Stroudwater. George Tate, son of the house's original owner, was made an admiral in the Russian navy by Czar Alexander I. Tate died in Saint Petersburg in 1821.