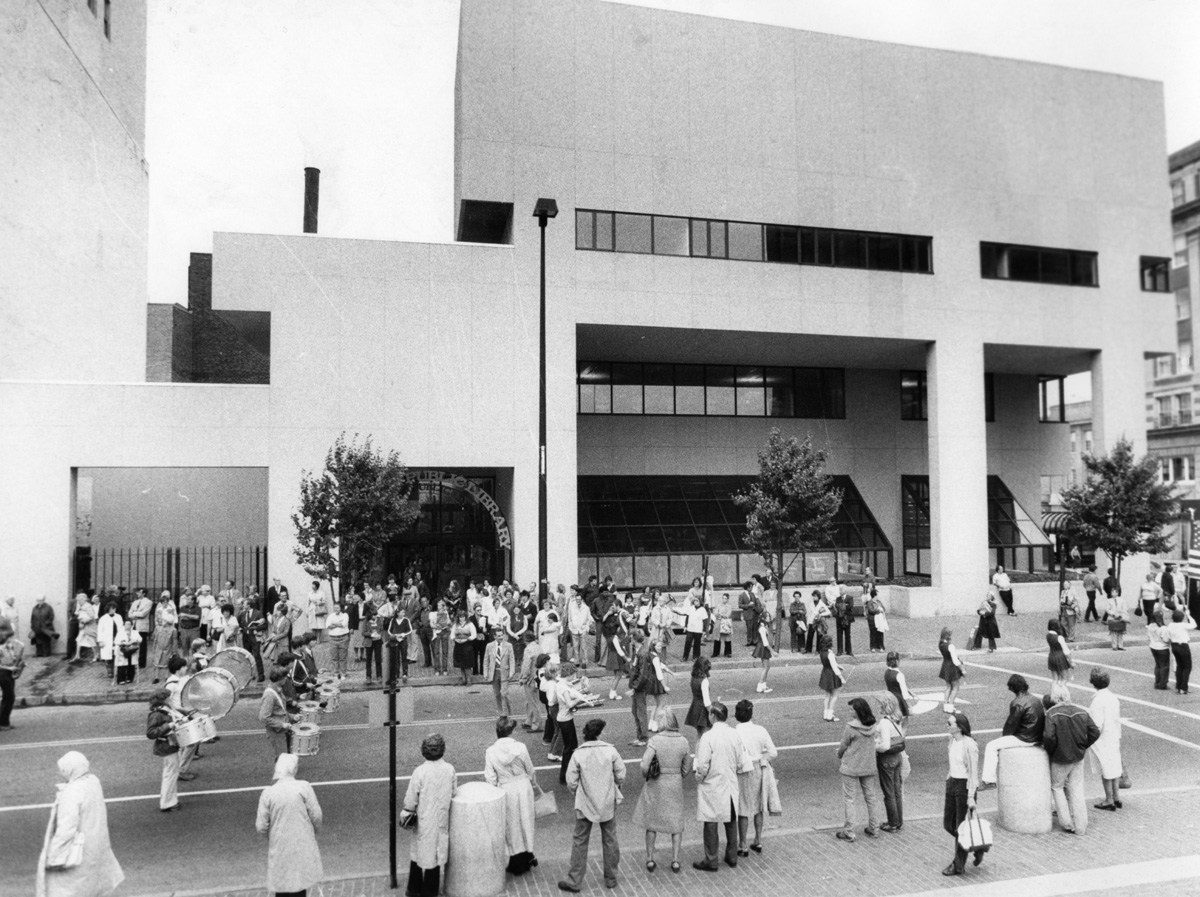 Along with collecting, preserving, and providing access to archival materials connected to the Portland area, the Library has been preserving its own institutional history.
The Portland Public Library's "ancestry" dates back as far as the late 18th century, with various downtown libraries, such as the Portland Social Library, Mercantile Library, and the Portland Athenaeum. In 1867, the Portland Institute and Public Library opened to the public, at 44 Plum Street (where Canal Plaza is today), and subsequently moved to much larger quarters in 1889, at 619 Congress Street (the Baxter Building). The present location opened in September 1979 (see above photo), with the first phase of a full renovation having been completed in April 2010.