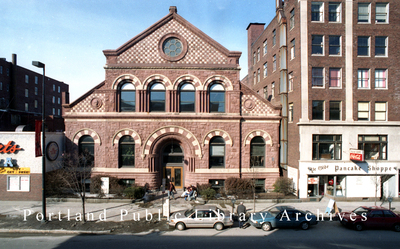 In 1982, the Baxter Building was acquired by Portland School of Art (later, Maine College of Art) for its expansion. The art college owned the Baxter Building until 2010, eventually relocating to the former Porteous, Mitchell, and Braun department store building.

Photo published in the Maine Sunday Telegram, on 2 March 1997

[A postcard view of the Baxter Building, circa 1900, can be seen at this link.]